​Dennis Skitt and Gordon Reynolds
Our last meeting of the year at Black Country Fuchsia Society, was our AGM and Christmas get-together, where the members
put on a lovely buffet. The lemon meringue was amazing!!
Sadly our President Dennis Skitt resigned from his position due to ill health.
Dennis had been a fantastic president and member of the society over many years and we wish him well for the future.
We also saw the resignation of Gordon Reynolds from his position as Show Secretary. Gordon felt with age and his health he could no longer do this job. Gordon has been our Show Secretary for many years and on behalf of Black Country Fuchsia Society I would like to thank him for all his hard work for the Society in this role.
​Fortunately for us he is not leaving, but moving on to a new role as our President. 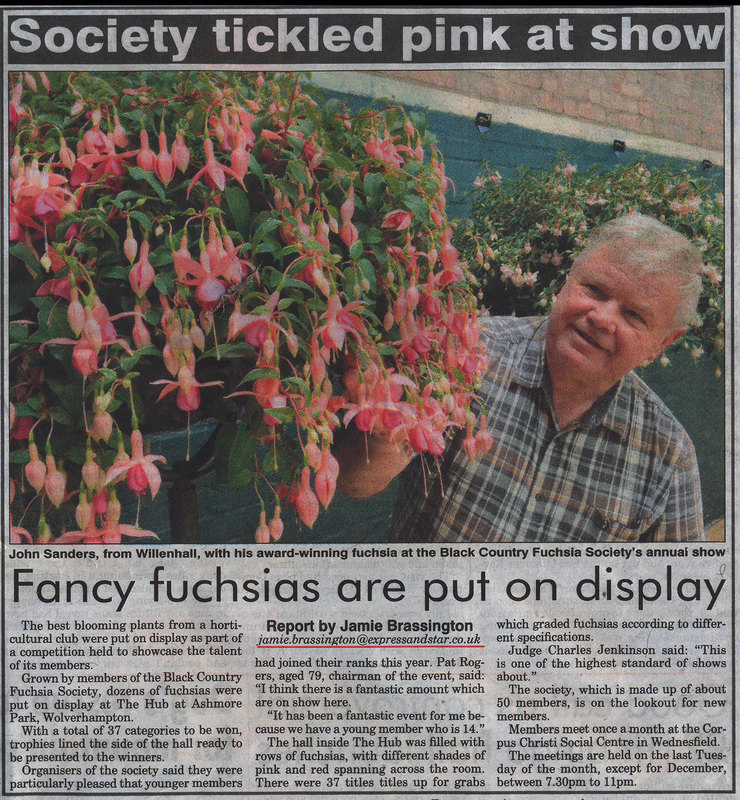 Express and Star
​
Annual Show  2017
Our yearly challenge for the show was to grow  two fuchsias round a spiral.
​​We had five entries this year and it was won by our youngest member Daniel. Well done  Daniel. 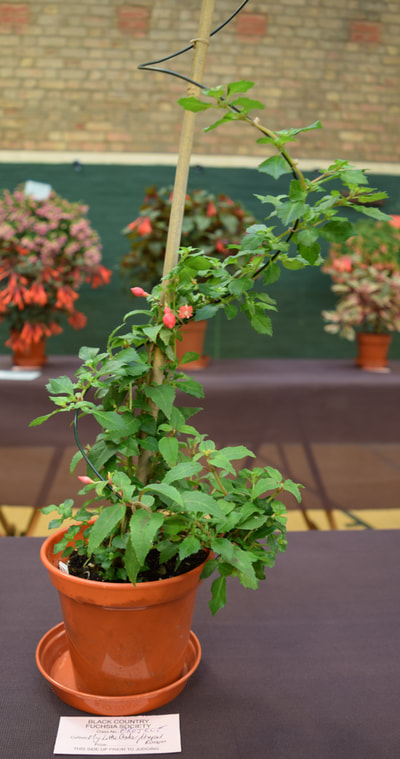 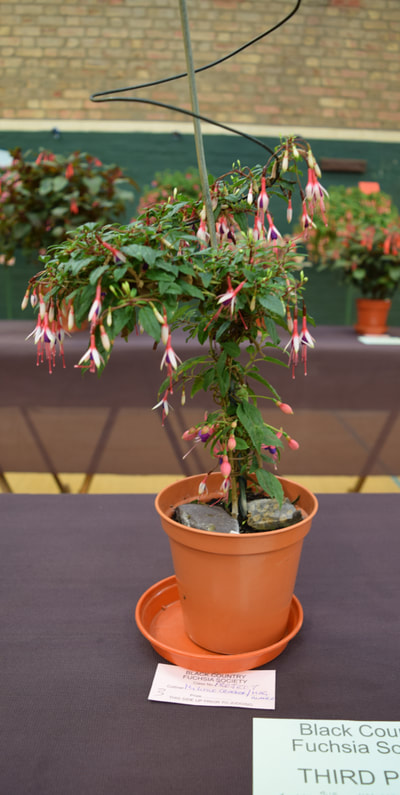 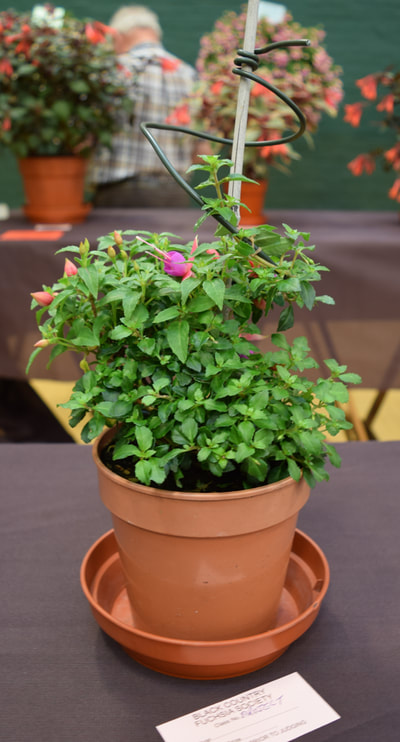 Malvern Autumn Show  May 2017
​Congratulations to Gordon,Pat and team for yet another successful Malvern Spring Show.
​The plants were yet again outstanding and the stand looks fantastic. 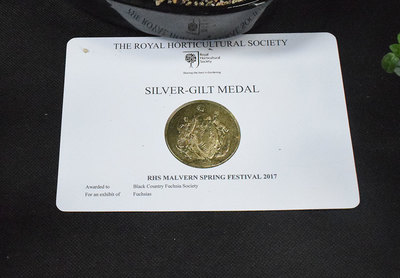 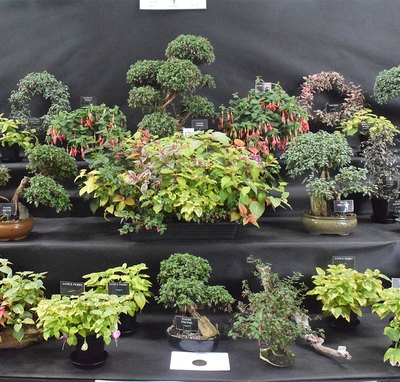 Malvern Autumn Show September 2016
Congratulations once again to Pat and Gordon and team for winning a Gold Award at the Malvern Autumn show 2016!
The 4 day show was a complete success and the weather was on our side.  People came in their droves and we had a busy 4 days with admirers of the stand, with their questions and observations, with some wanting to join the society. The knowledge Pat and Gordon have is second to none and their helpers were to hand when required.  A BIG thank you to all that helped make the event such a success and without their help this could not be achieved.
​We all look forward to 2017! 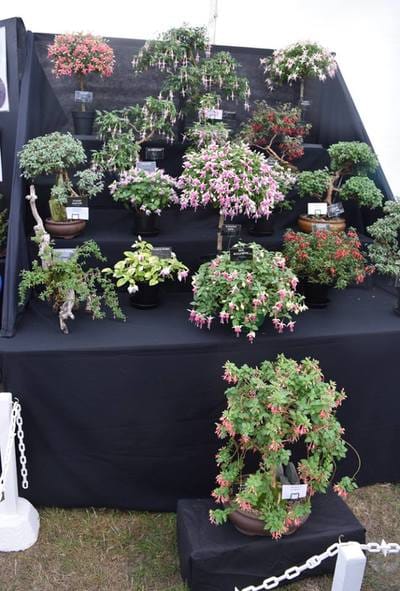 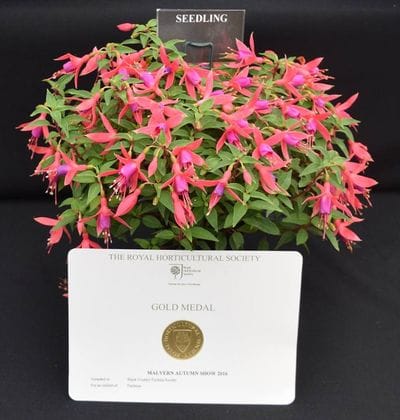 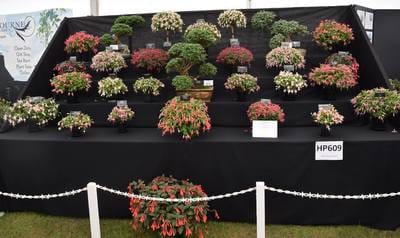 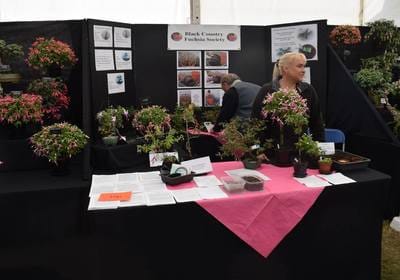 The Black Country Annual Fuchsia Show - 6 August 2016
​It was that time of year again when members of the Black Country Fuchsia Society were able to show off their hard work, blood, sweat and tears into producing the most amazing display at The HUB, Griffiths Drive, Ashmore Park.  It was a brilliant day with some exciting winners and more importantly, the members who did not win this year proudly displayed their plants.  As Pat and Gordon tell us time and time again, it is the taking part that makes the show.
So, here are some photographs of the day which show just how much work goes into putting a show together and
without the help of all the volunteers on the day this show could not take place. 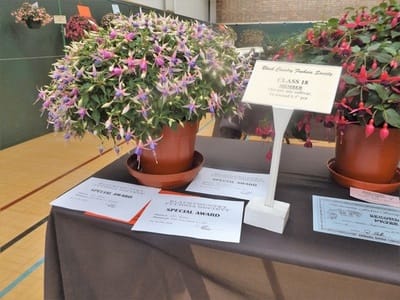 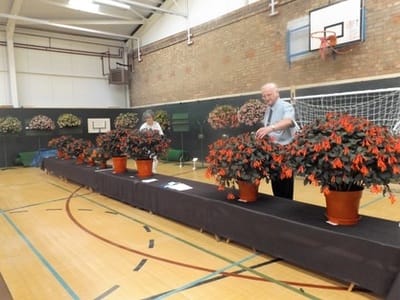 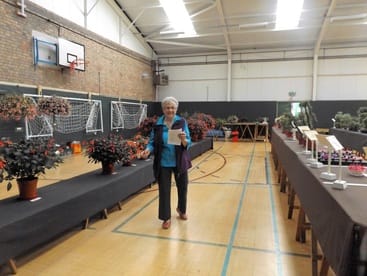 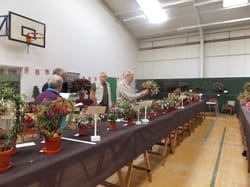 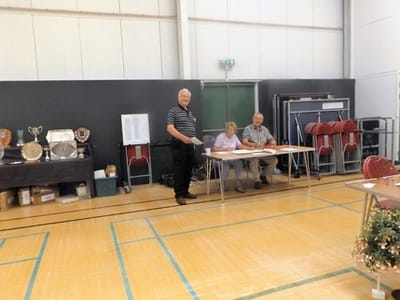 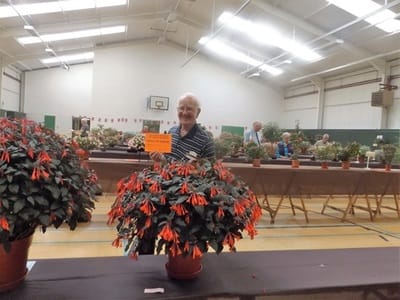 A little fun with fuchsias! Six members of the society took part in one of our yearly challenges to grow something different for the show!
​This year it was a fuchsia ring. 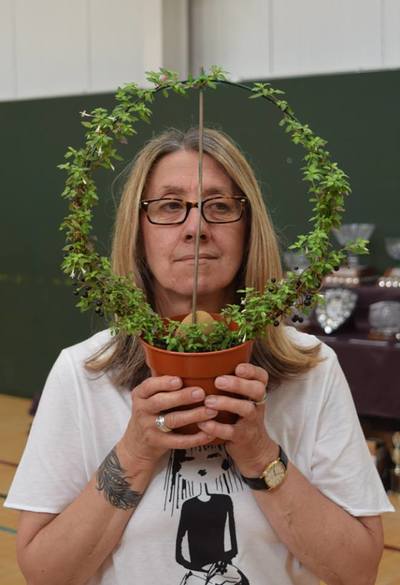 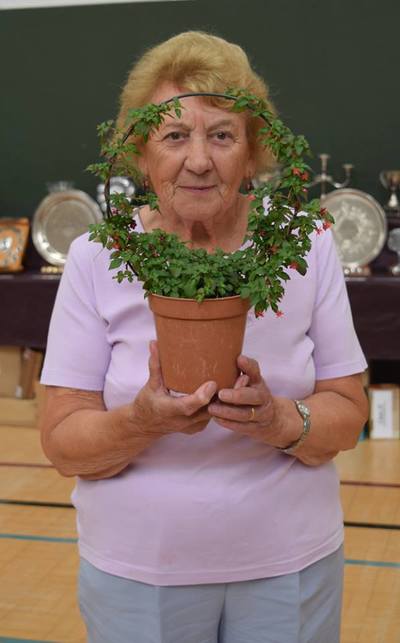 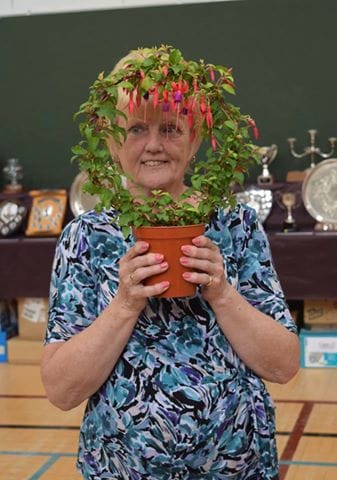 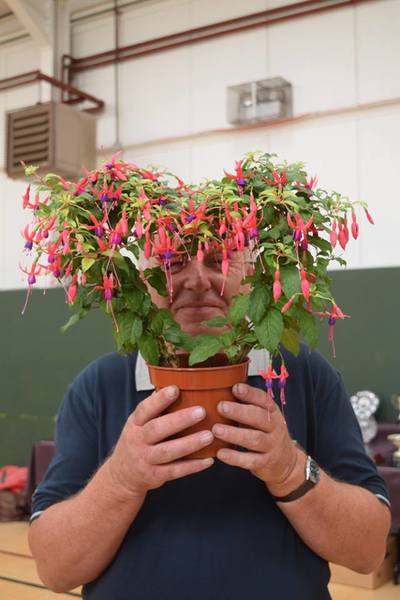 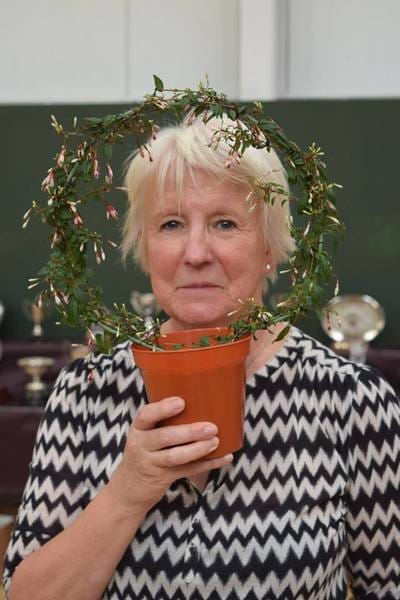 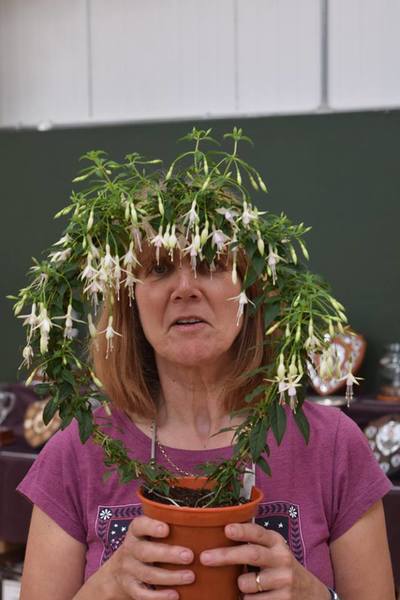 Malvern Spring Show May 2016
​The Malvern Show was very successful for the Black Country Fuchsia Society where we won another Gold Medal. 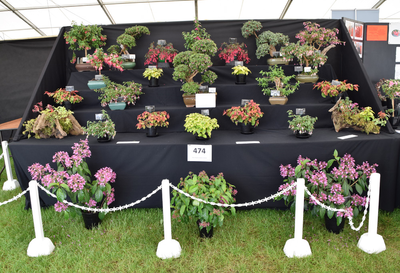 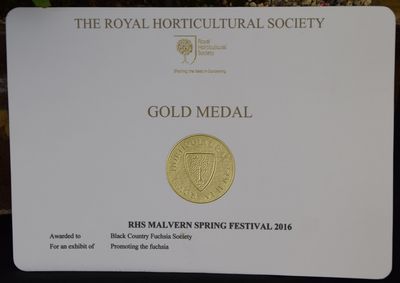 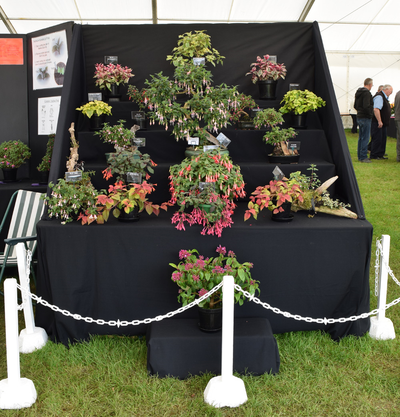 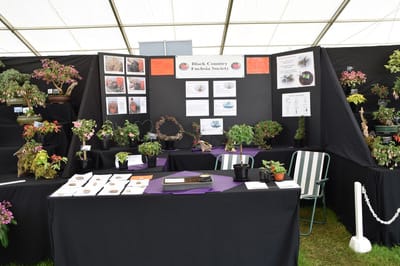